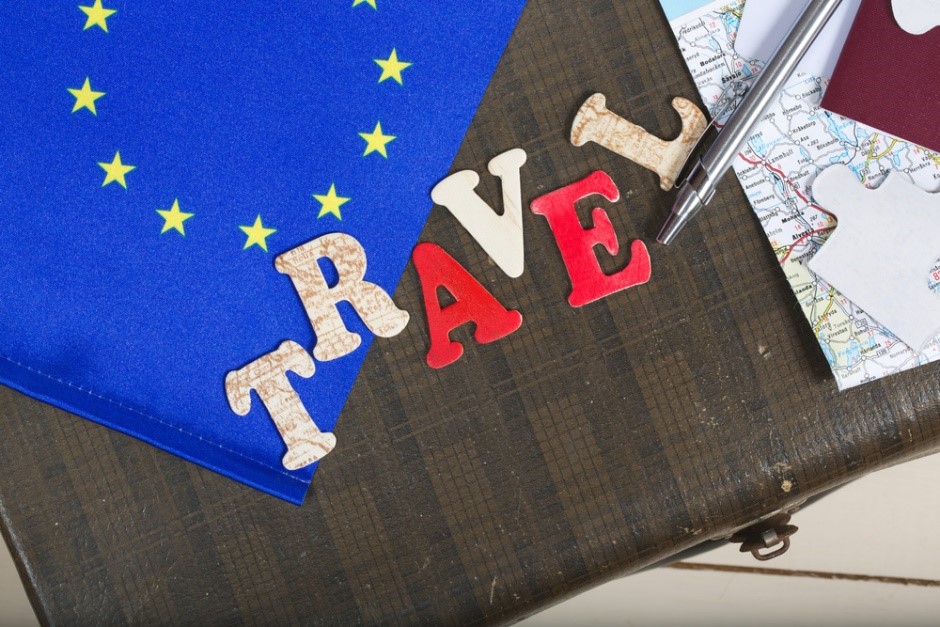 As the holiday travel season quickly approaches, many international travelers will spend hours in airports waiting for flights that bring them closer to loved ones or friends — or for a quick getaway while seeking out more suitable weather.

But while a few hours queuing and waiting are to be expected anytime you travel, especially with an international flight, cancellations and significant delays can wreak havoc on anyone’s travel plans. Not to mention, it can be a substantial emotional and financial burden on travelers that have to line up a last-minute meal, hotel or connecting flight if the airline doesn’t live up to their end of the bargain.

In 2004, the European Parliament and Council of the European Union passed Flight Compensation Regulation 261, more commonly known as EU261. This passenger rights bill provides protections to travelers going from or to EU member countries, which includes:

The good thing is that EU261 protects all travelers, regardless of nationality. However, simply traveling to or from the EU doesn’t automatically mean there’s cash waiting for you after a recent flight delay or cancellation. In fact, only flights (1) from an EU country or (2) to an EU country on an EU carrier qualify for protection under EU261.

This means that if you’re traveling from Paris to New York, you’re covered, but a New York to Paris return flight would only be covered if you fly Lufthansa or another EU-based airline. On the other hand, flying United, or another US- or non-EU-based airline, would qualify for a return flight from the EU. However, you will not qualify for a flight to the EU without using an EU carrier.

To make matters more complicated, each leg of your journey is considered separately, and so is the compensation. This means applying the two-part test above should help you understand your EU261 passenger rights for each flight of your trip.

First, you must have been denied boarding or suffered a cancellation or substantial delay of more than two hours for an EU-qualifying flight. This basically means a flight from the EU or to the EU on an EU airline.

Additionally, you must also have:

If all of those requirements are met, and you weren’t notified of a delay or cancellation:

You would qualify for a EU261 claim as long as the delay or cancellation wasn’t caused by “extraordinary circumstances,” which includes weather and other disruptions beyond the airlines’ control.

Once you’ve identified the validity of your EU261 claim, you must then determine your flight type, which dictates your deserved compensation for an overbooked or canceled flight. It will also be determined when a simple delay crosses over into one that’s run afoul of EU law.

The three types are:

Additionally, depending on the tier, a significant delay is defined as:

Since fight delay or cancellation compensation is based on your flight’s tier, it’s easy to figure out what you’re owed in the case of a cancellation or significant delay.

However, remember that each leg of your trip is considered separately, so if a Type 2 cancellation or delay of more than three hours causes you to miss a connecting Type 3 flight that is rebooked more than four hours after its original departure, you would be eligible for €1,000.

It’s also important to note that refunds and cancelled flight compensations paid out under EU261 must be in the form of cash, check or bank transfer, though a passenger may accept a travel voucher or other services.

[Dive deeper: Is flight delay compensation worth it?]

While the most common exception under EU261 is when an airline provides an alternate flight within the proper timeframe for your flight type — which is two, three and four hours for Type 1, 2 and 3 flights, respectively — the law also mentions “extraordinary circumstances” under which the airline is absolved of responsibility.

Unfortunately, EU261 doesn’t define every instance of “extraordinary circumstances.” However, it does specifically mention “political instability, meteorological conditions incompatible with the operation of the flight concerned, security risks, unexpected flight safety shortcomings and strikes that affect the operation of an operating air carrier” as qualifying conditions.

In short, this means that bad weather, political unrest and worker strikes would render your EU261 passenger rights invalid, as would any other event that is out of control of the airlines’ purview. That said, it’s up to the airline to manage delays and cancellations due to logistics and/or mechanical issues.

Unfortunately, even 14 years after its passing, EU261 remains an obscure law that is known by few passengers in the EU and even fewer still outside of Europe. Additionally, those that know of the law may not know their exact EU261 passenger rights, including the amount of money they may be entitled to, or how to file or follow up on a claim.

Nonetheless, airlines do have an obligation to notify passengers of their rights when traveling on EU-qualifying flights, and airlines must display the following notice to travelers at the check-in counter:

“If you are denied boarding or if your flight is canceled or delayed for at least two hours, ask at the check-in counter or boarding gate for the text stating your rights, particularly with regard to compensation and assistance.”

Additionally, if a flight is canceled or delayed more than two hours, or a passenger is denied boarding, the airline must also provide each passenger with written notice of their rights under EU261.

Once you’ve determined you have a valid claim under EU261, you still have to file it. You can do this directly with the airline, but they’re notorious for dragging their feet, denying claims for missing documentation and, in some instances, going to court over a particularly tricky claim.

If your time is valuable, you may not want to spend days or weeks filing and following up on your claim. Even after you file, there’s no telling if the airline will acquiesce, or whether they’ll put you through the wringer with tedious requests while doing so.

For this reason, it’s best to go through a dedicated agency that specializes in EU261 claims. Most are able to quickly determine whether your claim is valid, collect the proper materials digitally and process your payment all without you having to lift a finger. Sure, they’ll take a small fee, but you typically won’t have to pay anything unless your claim is successful.

If you’re ready to make a claim you’ll need:

An added benefit of using an agency is that because of the complicated nature of multiple, connecting flights and different flight types, a travel refund agency will be able to quickly figure out what flights are eligible without all the tricky guesswork.

From Your Friends at TravelRefund.com

We say ditch the runaround and protracted timelines when you deal with the airlines directly. After all, the money comes out of their pockets, and €250 in compensation for a flight that may have cost only €50 is not something the airlines are typically in the business of doing.

So don’t worry about it. Let us do all the heavy lifting for you, including fielding communication with the airline and properly determining your rightful compensation under your EU261 passenger rights. Furthermore, beyond your rightful compensation, you may also qualify for expenses covered while dealing with a delayed or canceled flight. This is particularly true if you had to extend your stay in a hotel or keep a car rental for an extra day. What’s more, we can even help you claim lost wages if you missed a day of work due to a travel hiccup.

So call or click today to see how we can help you claim the money rightly owed to you under EU261. We’ve helped thousands of travelers just like you, and we’ll fight for just compensation no matter the particularities of your case, or you won’t pay a thing.