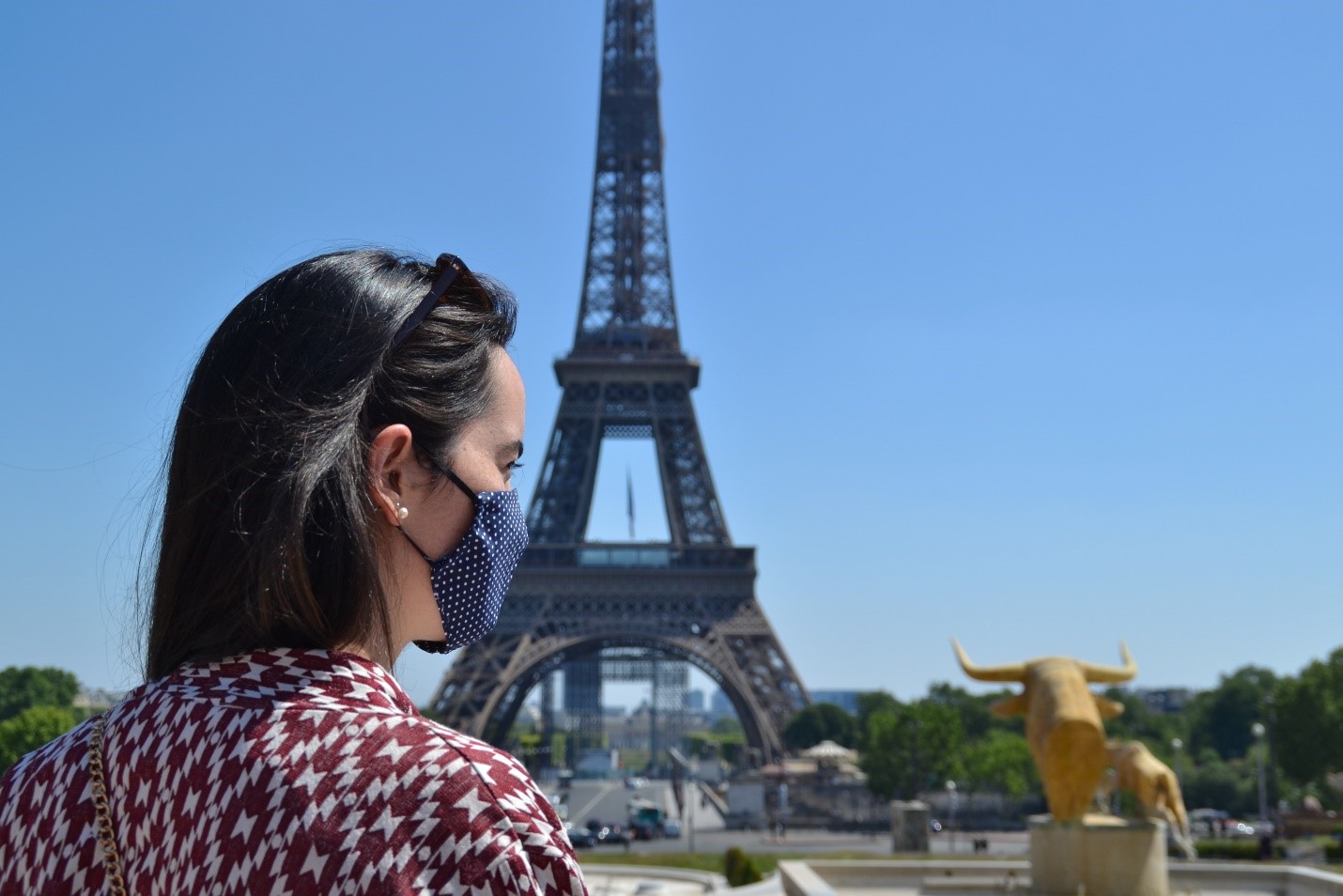 Until recently, non-essential travel was prohibited throughout much of the EU and to and from international destinations. However, as many countries begin to get a handle on their COVID-19 outbreaks – and as the summer tourism season gets in full swing – member states are taking a fresh look at the EU travel ban. (Because they’re in the Schengen area, we’re including Norway and Switzerland under “EU countries” for the purposes of discussion.)

Both international and domestic tourism are vital to the economies of EU countries. Over 600 million tourists travel to Europe each year – more than 50% of all tourism in the world. Statista estimates that tourism contributed €782 billion to the European economy in 2018. It’s no wonder some of the EU’s 27 member states are looking at easing travel restrictions and safely reopening parts of their economies. (Because they’re in the Schengen area, we’re including Norway and Switzerland under “EU countries” for the purposes of discussion.)

What Do I Need to Know About the EU Travel Ban?

On March 17, the EU closed its external borders to non-essential travel at the recommendation of the European Commission (EC). It’s been extended several times, and was set to expire on June 30. In addition, many countries closed their consulates, so travellers were unable to apply for and receive visas unless they were emergency personnel.

On June 30, many countries lifted the EU travel restrictions for international travellers from 14 countries. Travellers from one of the following countries are generally allowed to enter the EU for non-essential travel:

The EU travel ban on non-essential travellers still applies to all countries not on this list, including the United States. The list will be reviewed every two weeks to ensure the countries still meet the criteria to be considered a safe country of origin. Countries may also be added as time goes on.

Where Are the Restrictions Being Lifted?

Not all countries are participating in the lifting of travel restrictions. EU members still retain the autonomy to determine who to allow in. Even if you are a citizen of one of the above safe countries, you should still check with the country you wish to visit to ensure you’ll be allowed.

As of the time of writing, the following countries are still not allowing travellers from the 14 countries on the safe list:

The following countries are lifting the EU travel ban and allowing people from at least some of the 14 safe countries:

If your country isn’t on the list and you’re a non-essential traveller, you may be subject to the EU travel ban. However, some countries may allow you to enter with quarantine and testing requirements. Travel restrictions also change quickly. No matter where you’re travelling from, always check requirements with your destination country.

Are There Travel Restrictions Within the EU?

The EU travel ban generally applies only to travellers who reside outside the EU. What if you reside in the EU and want to travel to another EU country? For the most part, travellers from within the EU can enter another EU country without being subject to quarantine and testing – however, this isn’t true in all cases. Hungary recently re-enacted some EU travel restrictions and put in place quarantine and testing requirements for others.s

Some countries are limiting travel from certain EU member states only. For example in Denmark, borders are open for everyone except those travelling from Portugal. Others are taking an even more detailed approach to the EU travel ban, limiting travel from certain regions in certain countries. Denmark has closed its borders to most of Sweden, but residents of four counties are allowed.

While they may have quarantine requirements depending on the country of origin, the following countries are open to residents of all EU member states for the purpose of tourism (i.e., non-essential travel):

The following countries have limitations on who is allowed to enter from other EU member states:

Certain travel restrictions may still apply for EU residents. Many countries, like the Netherlands and Ireland, require that all travellers have a valid reservation for holiday accommodation before entering. And as mentioned, EU residents may still be required to quarantine or get tested before being allowed to proceed with their travels.

In some countries, such as Austria, Poland and Portugal, travellers from the EU are allowed to enter without being put into quarantine. Others, like Czechia and Greece, are requiring a 14-day quarantine for travellers from only certain EU countries. As you can see, the EU travel ban is constantly changing, and it isn’t cut and dry. That’s why you should always check with your host country about the rules before you travel.

Where Are There Flight Restrictions in the EU?

Many EU countries are now lifting flight restrictions for other member states and for selected countries from the list of 15 deemed safe by the EC. However, some restrictions remain in place. As of July 1, Greece had opened its regional airports and was only prohibiting flights to and from Turkey and the UK. Austria prohibits flights to and from Russia, Ukraine, China, Iran, Belarus, UK, Portugal and Sweden as well as the Lombardy region only in Italy.

As with any travel in the current climate, check the flight restrictions of both your origin country and your destination country before you book.

Who Is Exempt from EU Travel Restrictions?

If you fit in one of the above categories, you’ll be able to travel to or from EU member states. However, you may still encounter requirements for testing, quarantine or other precautions.

What New Safety Measures Are Being Put in Place?

Although some countries are lifting the EU travel ban, there will be new requirements in order to enter nearly all member states. For example when you arrive in a new country, you may be used to filling out your customs forms. Now, you’ll also need to fill out a public health information form stating whether you have any symptoms of the virus.

Many countries are requiring that travellers from certain areas enter quarantine for 10 or 14 days. Because it is based on where the virus is most active, these areas can change quickly. It’s safe to assume that international travel restrictions will include testing or quarantine – that is, if you’re coming from outside the EU, you may need to be tested or isolated, even if you’re from one of the approved safe countries.

Even within the EU, those from certain countries may be subject to travel restrictions. Austria requires quarantine for travellers from the UK, Sweden, Spain and Portugal. Czechia requires visitors from the Netherlands, France, Italy, Spain and the UK to take a test or quarantine. Greece requires travellers from Italy, France and Belgium to be tested and quarantined until results are received. Bulgaria has a long list of EU travel restrictions: visitors from Portugal, Spain, Ireland, the UK, Italy, Sweden and Belgium must quarantine.

Some countries require all visitors to either get tested or quarantine, regardless of their country of origin, including the UK, Iceland, the Netherlands, Slovakia and Romania. On the other hand, Poland and Malta do not require any EU members to quarantine.

What about while you’re travelling? In May, the European Union Aviation Safety Agency (EASA) issued guidelines for airports and airlines regarding travel. They include:

In addition, travel safety tips during the pandemic include frequent hand-washing and sanitizing, avoiding touching your face and getting familiar with proper mask use.

One travel tip that’s always in fashion is to stay up to date on the latest updated and alerts for your destination country – and that’s especially true in the current climate. Although the EC provides guidance, EU travel bans are always changing and are enacted on a country-by-country basis. In addition, the international travel restrictions discussed here will come up for review every two weeks,

It’s also essential to stay on top of updates about flight cancellations and delays. With fewer and fewer travellers taking to the skies, as well as flight restrictions, cancelled flights are extremely common these days. If you’re wondering whether you’re eligible for a refund or for compensation from the airline, contact us today. We’re here to help in these unprecedented times.